Today we looked at the message that Mary received from the angel Gabriel telling her not to be afraid but that she would bear a son who would be “God with us”. The children were very involved in telling the story and aded their own thoughts.

In their craft activities the children made a wooden spoon puppet either of Mary or of the angel. They tried to piece together Christmas cards that had ben cut up; then they had to decide whether the picture represented a Bible story or not.  Chris helped the children to make a felt wreath, being very careful with needle and thread.

In the worship we were treated to a puppet show telling the story of Mary’s encounter with the angel.

Everyone enjoyed a meal of pasta with chicken, peas and sweetcorn followed by friut crumble and ice cream. The children also took away a goody bag of things to do (and eat!). 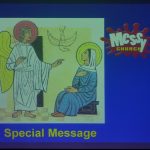 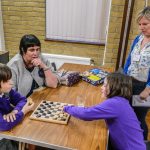 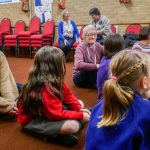 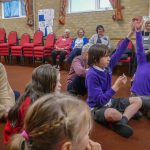 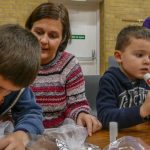 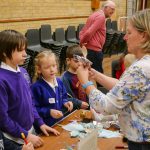 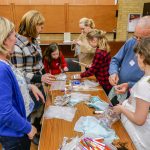 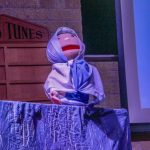 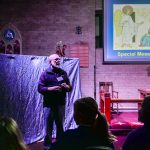