The rich man who followed all the religious practices asked Jesus what he should do to enter the Kingdom of God. Jesus replied that he should sell all that he had and give the money to the poor. The man was very upset because he had many possessions. Jesus noted that it is harder for a rich man to enter heaven than for a camel to go through the eye of a needle  From this story Heather led us in thinking about what is important in life and that often the things we value are not the things that God puts at the top of His list.

The craft activities included making a camel out of fruit; making a goody-bag of treasure; making characters in clay; creating footprints with painted feet; solving riddles; playing snakes and ladders in which ladders and snakes represented steps towards or away from the Kingdom of God; and a similar game in which you navigated through a maze by responding to statements according to whether they take you closer to or further from the Kingdom of Gad.

In devotions the theme was developed using a puppet video and a spontaneously acted piece of drama.

A delicious meal of chicken in a cream sauce with pasta followed. Twelve young people had a fun afternoon. 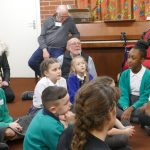 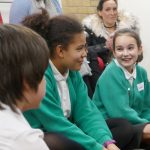 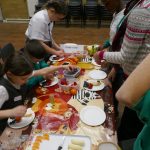 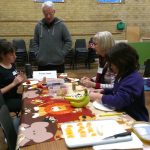 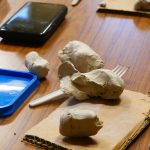 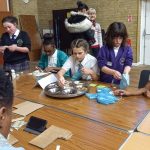 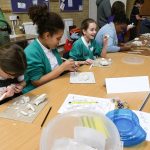 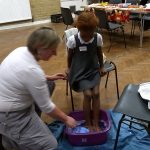 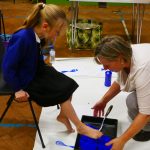 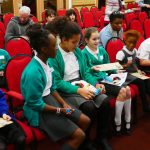