The title for this session was “Pets and Peace”. The theme is based on verses from Isaiah about the way in which animals that normally don’t mix together (for example the wolf and the sheep) will eventually live together in peace through understanding and wisdom. So we need to learn that we must respect all God’s creation, which includes animals, plants and other people who perhaps we cannot get on with sometimes.

Craft activities reflected the animal theme; wolf and lamb circles were made in which the wolf and the lamb intertwined as if lying in peace; animal pets were made out of pine cones; an ingeneous fish aquarium was made from cut-out sea creatues placed in a plastic bag with jelly for water; animal pictures were paired to show a “fierce” animal together with a “timid” animal; there was also a hunt to save endangered animals, pictures of which were hidden in the room and had to be collected and “saved” onto a “holy mountain”. We also had the usual puzzle table which most of the children spent some time at.

The service covered the theme which was superbly illustrated by the older youngsters performing a “shadow puppet” show. The degree of co-ordination achieved so that the shadow  people and animals looked quite realistic was excellent.

Tea was very plentiful and all enjoyed spaghetti bolognese with peas and sweetcorn followed by apple pie and custard. 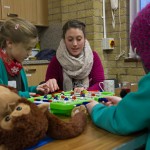 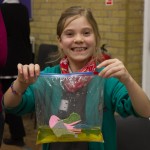 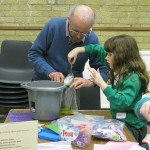 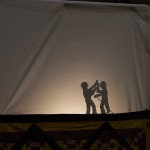 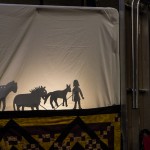 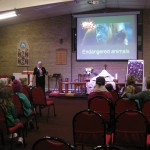