The theme for today was “The Lord’s Prayer”. We may say it often but we rarely stop to think about it. Well today, we did nothing but think about the words and what they meant. The craft activities included thinking about ways of describing God, making “daily bread”, making a crown with the prayer encircling the rim, making a “glory box” and preparing a large decorated version of the prayer for the service.

The service started with a puppet show in which our puppets went through the prayer talking about what it might mean. Then Jim introduced a way of doing signs during the prayer to emphasise the meaning – after a few rehearsals to learn the signing we all joined in with the signed prayer. The prayer was also shown pictorially coming from a treasure chest along with other decorations like fireworks reaching out from the treasure.

Afterwards, we all enjoyed a meal of sausage, mash and beans followed by sponge pudding and custard. 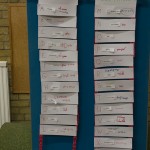 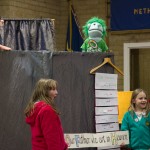 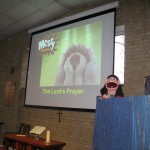 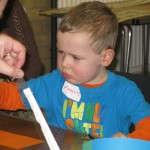 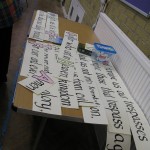