On a gloriously hot weekend (Friday 29th June – Sunday 1st July) twenty nine member of St John’s spent time together at Abbot Hall. It was a time of relaxation and of getting to know each other even better. The theme of the weekend was made plain with a notice at the level crossing at the nearby Kents Bank railway staion – “Have you Lowered the Barriers”! After our first evenng meal we watched the hugely entertaining film “Paddington 2” Saturday was a day of choices – swimming (especially for the youger ones who spent a lot of time splashing about in the pool), craftwork, a trip into Grange-over-Sands or some quiet thinking time. In the afternon Pat led a painting session, Pam and Gail were teaching either knitting or crochet and Brian and Geoff led 9 intrepid explorers on a walk to the nearby Humphry Head which has fantastic views over Morcambe Bay (Oh and there was more swimming!). In the evening Eileen and Eric set up a great quiz for us to do in teams. It got everyone talking and trying to remember lots of obscure facts. This was followed by a Beatle Drive run by Hilary. The Beatle Drive seemed to be the most intense and serious activity of the day.

On Sunday morning we gathered for worship (short morning and evening prayers took place on Saturday). The service was a celebration of all the things we had done and paintings and knitting was there for all to see. The worship also included the reception into Membership of the Methodist Church of Sally and this was a moving element of worship as we had felt such a close group during the weekend. Jennifer reminded us to keep our focus on the imoportant and key parts of our Christian faith telling a story of her sister having her first encounter with the new invention of televisin when, aged 6 she imagined that she could watch the Queen’s Coronation by looking at the airial on the house roof. Yes, it is part of the television technology, but it is not where you look. We finished the service in an African style in which we shook hands with everyone else while singing a hymn and forming a line of oncreasing length as each person shook hands along ther line then joined it.

The weekend finished with a proper roast Sunday lunch which was a nice reminder to some of us about how Sunday used to be. The whole weekend was most enjoyable, the food was good and the company was good. Each person was free to do whatever they wanted and however much (or little) they wanted. Several people were asking about planning the next weekend away so that should tell us that it was worthwhile. 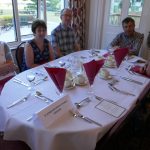 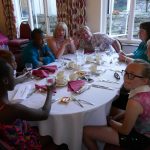 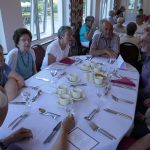 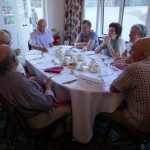 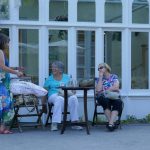 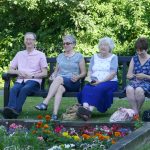 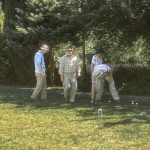 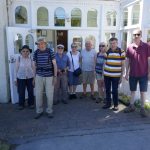 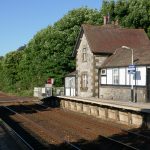 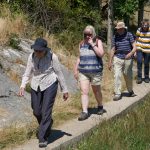 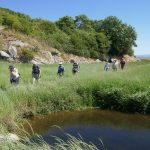 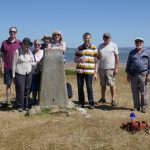 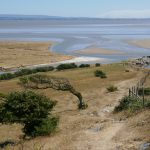 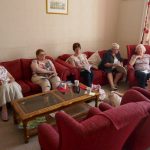 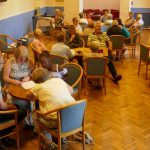 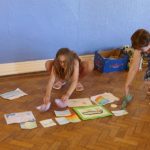 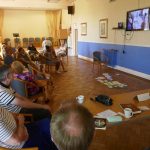